The Always Up to Date Radio Advertising Glossary 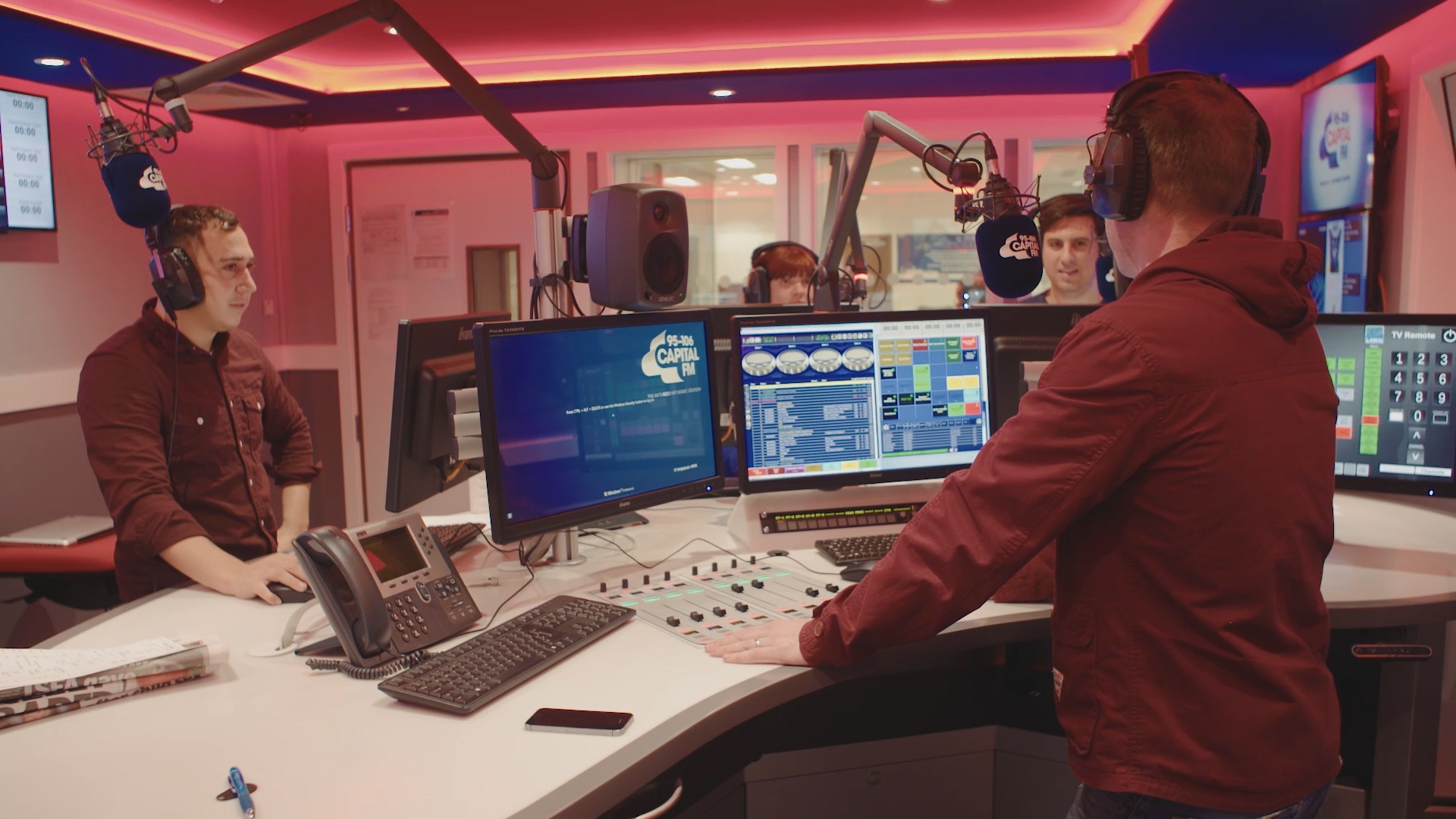 Today you're going to become a radio advertising expert.

This radio advertising glossary contains all the terms that you've come across while researching radio, complete with explanations that make sense. They're important, they're alphabetical and now, they're accessible.

We've put all these terns in a handy infographic, which you can download by clicking the banner below:

Otherwise,  you'll find a rolling, always up-to-date collection of all terms related to radio below. We recommend downloading the infographic above, it's a lot easier to digest.

The total hours a listener base has spent listening in a week. You can get this by dividing average weekly hours of the station by the total population the station transmits to.

An audio brand is an umbrella term for a company that has clearly defined what they sound like and are now recognisable through sound. Think McDonalds ‘I’m Lovin’ it’.

The practice of making your company more recognisable. Most efficiently achieved through advertising and PR.

The cost of reaching one thousand people with a single advert. Use this to compare the value of different stations.

When your advert is started to get a bit old. This is often attributed to running an unsustainable bit of creative (a joke) in a high frequency lay-down. Meaning your customers would be hearing a joke up to 4 times in a few hours.

Digital Audio Broadcasting. DAB offers a selection of stations not available on FM, with higher standards of broadcasting quality. Often cited as the future of radio broadcasting. March 2018, the BBC shelved their plans to force their listeners to transition to digital.

Day parts are popular times in the day you can run your advert. The two major day parts on radio are ‘Breakfast’ (typically 6-9am) and ‘Drive’ (typically 4-7pm).

The number of times a campaign is heard by listeners over a period of time. If you run a lot in a short space of time, you have high frequency.

One impact is one person’s listening to one spot. These are added together to give total impacts for an advertising campaign, or total impacts for all airtime on a certain station. Calculated by multiplying OTH by Weekly Reach (‘000s).

Local radio stations are stations that broadcast programmes for a particular area of the country. This includes town-sized stations (once known as incremental stations).

The percentage of all radio listening hours that a station accounts for within its transmission area. This can be calculated for any target market across any area.

Radio that serves the whole of the UK, national stations include Absolute Radio, Capital Radio, Classic FM and Talk Sport.

OTH stands for Opportunity to Hear and represents how many times a listener is likely to hear a radio advertisement.

A popular method for radio advertisers which allows them to run an offer on air. This could be a direct call to action which drives traffic to a new development (like a website) or a new offer/event.

RAJAR (Radio Joint Audience Research) was set up in 1992 to record the listening figures for all radio stations in the UK.

The amount of people a station reaches in a week, put against

The total number of times your advert played in a schedule. Not a measure of the number of different people exposed to a commercial.

Another popular way of advertising on radio that leverages the popularity of key programmes such as the news, travel news and other hosted programmes to help build a brand presence. These adverts are often specifically designed to sound like they’re part of the show and play either side of the ad break.

TSAs are the area within which a station’s audience is measured. This is known as the station’s total survey area or transmission area.