This massive online retailer used to known exclusively for the second hand sell, now it's over 80% new items. How did it go about shifting perceptions? 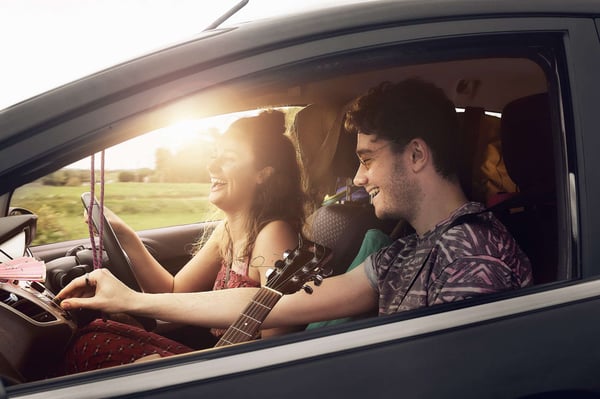 Something big happened at eBay.

I distinctly remember my Dad bidding and trading old collectors editions DVDs of 90’s TV shows. Buffy, Angel and Stargate. He was flogging, wheeling and dealing his way towards a flying red star.  Now, years later, if you were to take a look at eBay's listing, you won't find a single, scuffed box of old 90's shows unless you explicitly looked for it.

What you'll find instead is options to but brand new, top of the range electricals. running shoes, games consoles and even cars.

So, how did we get here? How did eBay go from second-hand seller to a marketplace for new and personalised items where even my Dad can get gifts right? 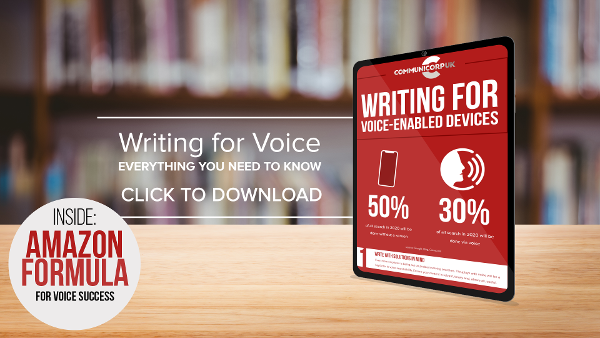 The Olympics goes back to it’s roots in Athens, Jason Hatch scales Buckingham Palace dressed as Batman to protest Fathers access to their children and eBay gains 9 million UK users. A large majority of those 9 million users sharing the same similar beliefs and ambitions as my Dad. They all firmly believed that eBay was a place to buy and sell second-hand goods.

Fast forward to 2018 and eBay has changed. It’s now a respected place to buy and sell, 80% of those items being brand new.

So how exactly did eBay do it? Well, as Gareth Jones, head of marketing at eBay, was quick to point out: eBay already had brand new items being sold, it was a case of changing buyers perspectives to bring these new and personalised items to top of mind and fold.

Gareth didn’t attribute this change to infrastructure changes, total marketing rewiring or company dress-downs. In fact, it was something a lot simpler and almost certainly saved eBay money in the short and long term.

It was the decision to advertise on radio that drove changing customer perspective on eBay.

Gareth was speaking at the Tuning In conference, one of the many events running during the very first Radio Audio Week.

“A couple of years ago, 90% of what we spent in the UK would have been digital, transactional, direct response type of investment,” Jones explained.

But that spend wasn’t cultivating the saliency they needed to start changing people's view on eBay.

“Intuitively, we knew we had to invest in traditional channels to build brand salience and get people thinking differently about eBay.”

Since that breakthrough moment that 90% figure has dropped to 65%, as the brand has shifted the dial towards radio – seeing a 600% increase – as a result of a research programme that delivered the evidence to justify scaling spend there.

On the run up to Christmas 2016, eBay scaled up their radio spend. Christmas is a time for the generous. 14 years ago, generous wouldn’t have been a word you used to describe a gift bought off eBay. Now, however, eBay was challenging that through radio.

Of course, it wasn’t just brand building that radio offered to eBay. Gareth advocated radio’s ability to drive brand browsing across online and offline platforms with timely call’s to action.

“Radio helped us get users back on our site with a highly personalised, targeted radio ad.”

Now eBay is firmly within the top ten radio advertisers in the UK and continues to spend heading in to the new decade.

If you’re wondering what radio can do for your brand, look no further than eBay as an example of a brand that used the power of radio to change it’s customers perceptions and lead to a complete u-turn on brand perceptions.

But what’re the components of a radio campaign that cause this shift in perceptions?

A Focus On Context and Consistency

Studies have proven that our minds naturally look for consistency in thoughts. A whole field, named Congruity Study, has been devoted to the study of this phenomenon.

According to IPA Touchpoints; 92% of listening is done while listeners are engaged in another activity. Of all media out there, audio and radio are the only mediums that are classed as ‘out of focus’. This means that brands have a unique opportunity to connect with your target customers when they are subconsciously looking to align their thoughts with what they're currently engaged with.

And they’d be right to do that. According to research conducted by Differentology, brands like McDonalds, Heinz and Deliveroo saw a sales uplift of 51% when they focused on targeted their customers when they were engaged in relevant activity.

When you're stuck in traffic and a bus goes past in the bus lane that's totally free, your thinking about how much easier it would be if you were on that bus. That's when a radio ad for a local bus company plays.

Ebiquity's Re-evaluating Media report, commissioned by Radiocentre, studied the worth of different Media and concluded that radio provided some of the best targeting options out of all advertising mediums. It surveyed over 100 top advertising decision makers and evidence gathered from the latest studies in the UK.

An employer is more likely to switch on a radio at work than a TV. Likewise, in some organisations, social media is banned on desktop web browsers and internal IP addresses. If you want to connect with someone while they’re at work, radio is your best option.

Emotional Resonance and the Power of Sound

We tend not to notice how important sound is until it’s absent, and its usually only in that moment that we notice the big hole left behind by audio and sound.

To understand the role that sound plays in the shifting of receptions, you only need to look back at its relationship with us as a species.

It encompasses the roar of the baying crowd in ancient Rome, medieval power struggles, the stresses of industrialisation, the shock of war, the rise of cities and the unceasing chatter of 24-hour news.

On a personal level, audio, sound and voice are like the switchboard operators of your subconscious. They’re connecting you with past memories, immediately transporting you to a specific time and place in your life and continually creating new memories as you go through each and every day.

Radio, in isolation, has universal appeal with a broad demographic reach and is listened to in a wide variety of different locations, both at home/work and on-the-go. Listeners have a strong brand affinity and a high emotional attachment with their chosen stations, which creates a positive impact on brands. Low entry costs for radio (relative to other media) help to increase both cost-efficiency and cost-effectiveness against brand metrics, footfall, and sales.